On Wednesday 23 November 2011, the Women’s Conference Europe offers a platform to all professional women’s networks, with Euro Commissioner Neelie Kroes as its patroness. During this conference, Kristel Groenenboom received the award for International Female Entrepreneur of the year. The criteria were: a healthy financial position for the company, human resources policy, social engagement, social responsibility, future promise and marketing policy. 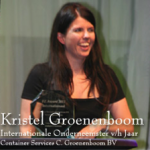 Every year, Sprout lists the 25 most promising entrepreneurs under 25 years of age. Kristel Groenenboom was one of the 25 entrepreneurs on the list and featured on the cover of the Sprout. More information: http://www.sprout.nl

Kristel Groenenboom won the Aithra Belofte Award for the most promising business woman of 2010. Aithra is a network of female entrepreneurs with the aim of making them more visible in the market place. In addition, the foundation represents women with guts, vision, ambition and social engagement. More information: www.aithra.nl 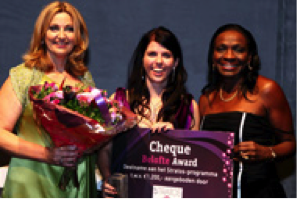