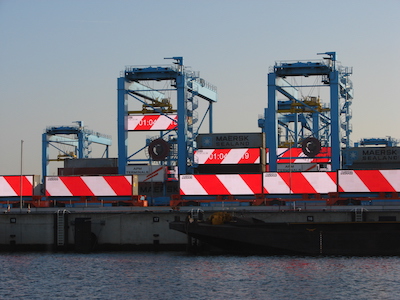 Do not miss the opening by the new APM terminal by King Willem-Alexander. To mark the day, Groenenboom has developed 16 modified, self-supporting containers fitted with LED screens.

During the opening, a dance was carried out in between the unmanned elements typical to the terminal. At the same time, a 3D film was shown in the moving containers. We contributed to a spectacular opening of this, the most innovative terminal in the world.